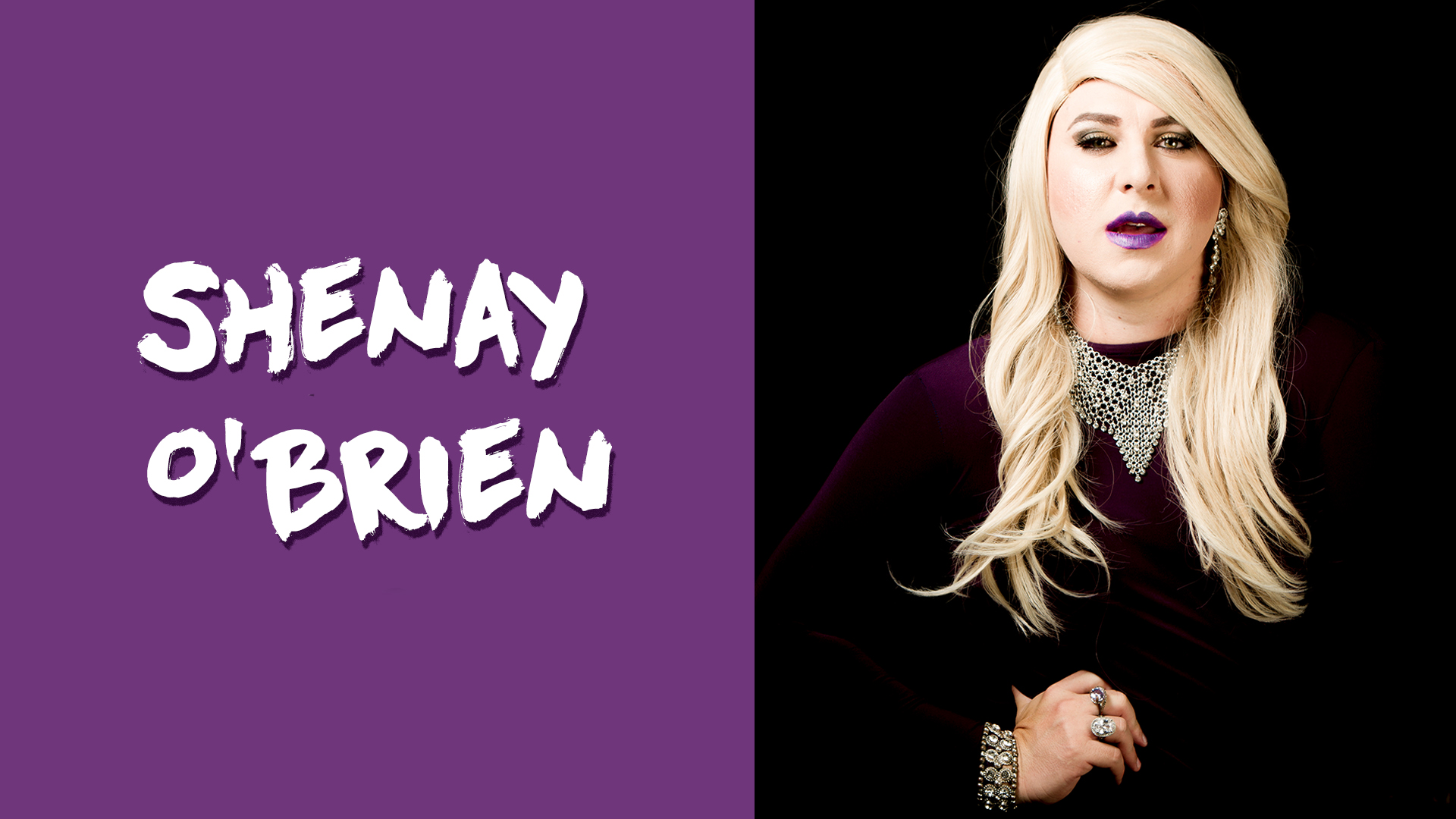 “Every single courageous act of coming out chips away at the curse of homophobia. Most importantly it’s destroyed within yourself, and that act creates the potential for its destruction where it exists in friends, family and society.”
― Anthony Venn-Brown, A Life of Unlearning – A journey to find the truth

Ever since I can remember, I have always been different. Realising at a very young age that I was attracted to the same gender and not understanding why?  Growing up in a society that dictates who and what you should be and who you should fall in love with. During my school career, I was bullied and belittled extremely, and not being openly gay as yet made it more difficult. Putting on a mask every day I pretended to be someone I was not just so that closed-minded kids would let me be and that I would not have to bare another act of bullying.

I bared it, and made it through high school, and entered the wonderful world of varsity at the Tshwane University of Technology, Arts Campus. I was home.  For the first time in my life I didn’t have to pretend to be someone I wasn’t. I could just be and it felt like a weight was lifted. There were others like me, who understood what I went through and offered a supporting and comfortable space to talk openly about the struggles and challenges I faced. It was also here that I learned a very valuable lesson: “No one can make you feel inferior without your permission”.  This is a quote that has stayed with me for the past few years, and constantly reminds me that people fear what they don’t understand, and as a defence mechanism, we as human beings resort to breaking down others to steer away from our own insecurities and flaws.

I have always been fascinated by female clothing, perhaps because for the first three years of my life, I was raised by three women. In my first year at university, I started exploring the gay scene in Pretoria and was completely overwhelmed with the wide spectrum of LGBTIQ+ community.  Gay, Lesbian, Transgender, Drag Queens, Drag Kings, Androgynous, Bisexual etc. and realised that the world I was living in is so much bigger than I could have ever imagined.  I started performing at Club (Legends) as a Drag Performer in 2010 along with some other Drag Queens.  At first, I thought it was a phase, something to get out of my system, but later realised that this was an integral part of my being and I truly loved performing in drag. It should also be noted that I was studying Drama and Film, so being able to express both sides creatively was total euphoria for me.

One day I decided it was time to come clean to my parents about my sexuality and being a Drag Queen. I had been involved in a couple of shows at Legends, and also being openly gay on campus but hid it from my parents. They were living in the Western Cape at the time and me studying in Pretoria was the perfect setup to live a double life. It became exhausting.  I spoke to our administration lady, Cathy, about taking the big step. Her eyes grew wide and said: “Are you 100 % sure?” – She has been with the drama department for over a decade and told me that she had seen much heartache and disappointments with families being torn apart caused by those three little words: I AM GAY.

I started doubting myself and questioning myself on whether I was doing the right thing. What if my parents wouldn’t accept me as I am? What if they didn’t want anything to do with me anymore? I was an emotional wreck, but I had to come clean and tell them who I was.  I decided, instead of speaking directly to my parents, I’d speak to my aunt who at that time worked for a psychologist. I sent her a lengthy email, explaining EVERYTHING. She was comforting and accepting, and this gave me hope that possibly my parents would react in the same way.  We decided that she would give my parents the emails as I had sent it to her and that they could take their time to work through it.  I didn’t hear from them for about two weeks.  I was distraught! Is this what it came to? I didn’t exist to them anymore?

Then out of the blue, I received a phone call from my mom. They were in Pretoria, and they wanted to see me. The entire day I was nauseous, heart racing, nervous, not knowing what to expect.  We met at the Kolonade Mall, sat down and a small awkward silence lingered. My mother then said: “So, what’s going on? Talk to us.” I started telling them everything, they already knew, but they wanted to hear it directly from me. I cried, she cried, but my dad was hard as a rock.  My mom said she could still understand being gay, but she didn’t understand why I wanted to dress like a woman. I explained it all, and she understood. Mostly.  After all, was said and done, my dad who was silent through most of the conversation, stood up, hugged me and said: “No matter what you are, you will always be MY son and I love you.” My world came to a standstill. I didn’t have to hide anymore, gone was the double life. I could finally just BE.

My coming out story ended in a happy ever after, but there are so many who aren’t as fortunate.  I want parents to know, just because your child is gay, lesbian, transgender etc. doesn’t make them a bad person or NOT your child anymore, on the contrary. It takes great courage to come out and finally admit who you have always been, trusting others to accept you and to be honest about whom you are.

My plea to parents, family and friends, is take the time. Listen. Sometimes all we need is a shoulder to cry on.  It’s not easy, but if love is there, anything is possible. I always say you don’t necessarily have to accept or approve of the lifestyle and the choices I make but respect it and respect the trust we have to be honest and to finally be your AUTHENTIC SELF. We all travel our own journeys and paths, but we need our support structures to help guide us and to overcome obstacles and challenges.

As a gay man and drag queen, I have already faced many challenges and obstacles of fitting into a society where one goes against the beliefs and norm of the society. Trying to find your own place while being constantly degraded, belittled, bashed by religion, bullied and frowned upon.  Trying to break free from the chains others shackle you with, to force their own beliefs and ideologies of what is “right” in society. This is further complicated when one is a Drag Queen. Why does he want to dress like a girl? Why doesn’t he get gender reassignment surgery? His parents must be very disappointed.  Is he Transgender? All these questions feature constantly in my life, but I don’t mind because I want to educate people and help them understand. Being a drag queen doesn’t mean that you want to be a woman, it is purely for entertainment and a creative escape from my everyday life, exploring different avenues of performing and entertaining. There is also still a big confusion between being a Drag Queen and being Transgender. A drag queen is a man in female clothing who purely dresses up for entertainment, whereas being transgender is much more complex and diverse than that and more about how you identify yourself from a gender perspective. Being a transgender person means a lot of different things to a lot of different people.

The world out there is changing at a rapid pace and it’s difficult to go through it closed-minded. We are all different, and that’s what makes us and this world so beautiful and special. We need to start embracing each other for whom and what we are and throw away the labels society has hung around our necks. I always say, be who you are, the world will adjust. The road might not be easy and there will be days where you feel you can’t go on or there is no one to help or guide you, but don’t give up, keep pushing and the right people will find their way to you. Love and accept yourself, because that’s where it all starts. Don’t be too hard on yourself, don’t look at yourself as a mistake or a misfit, because you were placed on this earth for a reason and you need to find your purpose. Reach out to fellow LGBTIQ+ communities and networks; you’ll be surprised how much you might have in common with someone, and it’s always good to make friends who can empathise with what you’re going through and offer a hand or a shoulder. Never apologise for who you are.

We are all born free and equal in dignity and right.